Inherited metabolic disorders refer to different types of medical conditions caused by genetic defects - most commonly inherited from both parents - that interfere with the body's metabolism, the process of converting food to energy on a cellular level via special enzymes that help break it down.

In most inherited metabolic disorders, a single enzyme is either not produced by the body at all or is produced in a form that does not work. Depending on that enzyme's role, its absence means toxic chemicals may build up, causing, if not managed, a wide array of symptoms such as delays in physical and mental development, or an essential product may not be produced.

PKU MANAGEMENT: NOT ALL PROBLEMS ARE SOLVED

PKU (Phenylketonuria) is a rare, genetic, recessive metabolic disorder affecting about 50'000 people worldwide and characterized by the lack or the malfunctioning of a liver enzyme needed to process Phenylalanine ("Phe"), an essential amino acid1.
Excessive amounts of Phe in the bloodstream are mirrored in the brain, impairing the normal development of the central nervous system. If not properly treated, PKU leads to severe, nonrecoverable mental retardation and major cognitive impairments1.
There is no cure for PKU, it can only be treated through a strict, life-long, low-protein (low-Phe) dietetic treatment combined with a daily assumption of Medical Foods which provide Phe-free amino acids and other important nutrients, needed due to the dietary restrictions of PKU patients1.
The primary aim of the dietary treatment is to prevent adverse neurocognitive and psychological outcomes by restricting the intake of protein from natural foods to maintain blood Phe level within the recommended ranges2.
However, scientific evidence indicates that significant sub-optimal unmet needs still exist in PKU patients such as:
1. The efficacy of the treament is strongly influenced by compliance with the recommended diet, which includes protein substitutes with Phe-free amino acids (AA)3,4. Adherence with diet can be poor due to the unpleasant taste, smell and after taste of amino acids mixes3.
The development of an amino acid mixture with organoleptic properties acceptable to all patients remains a challenge. 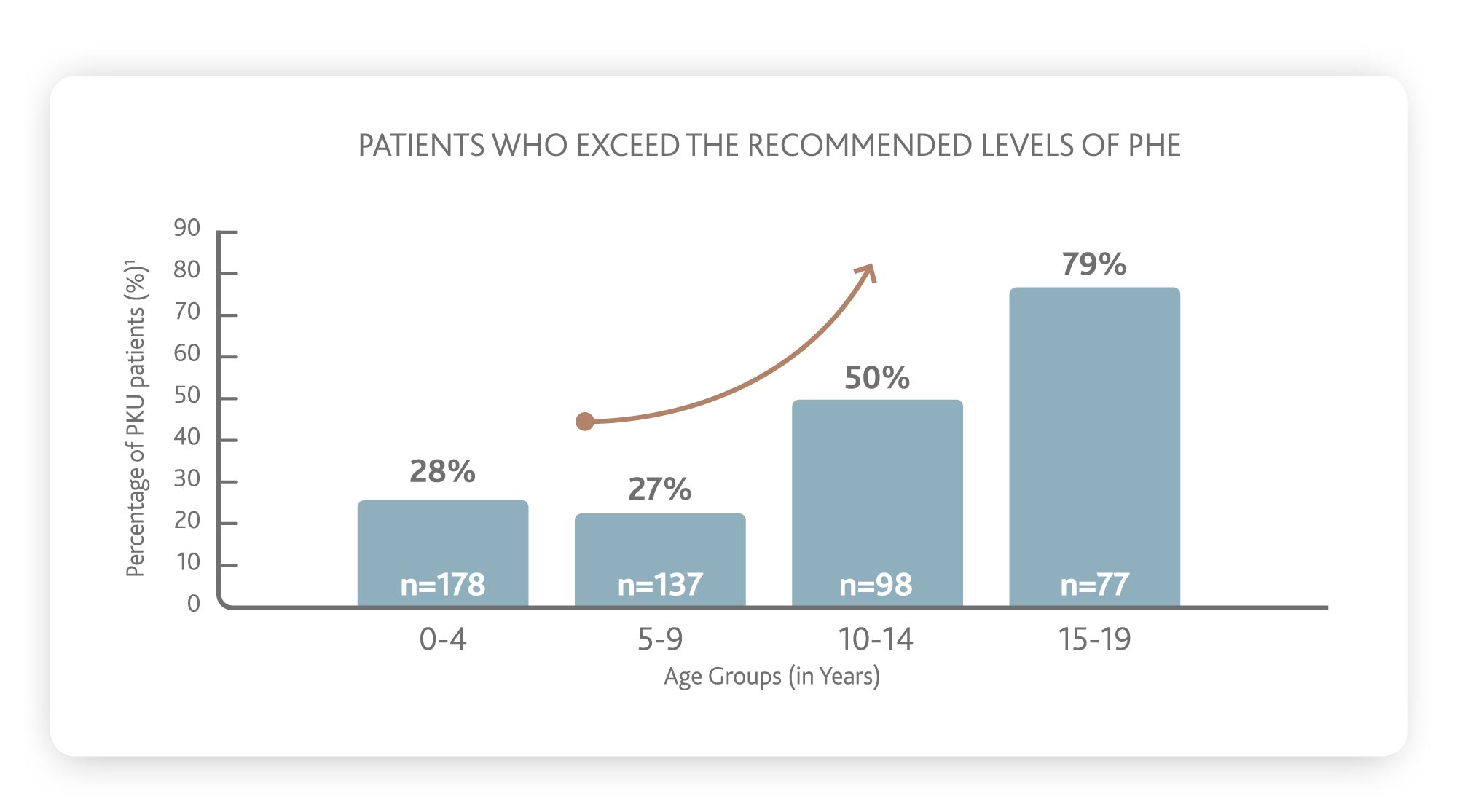 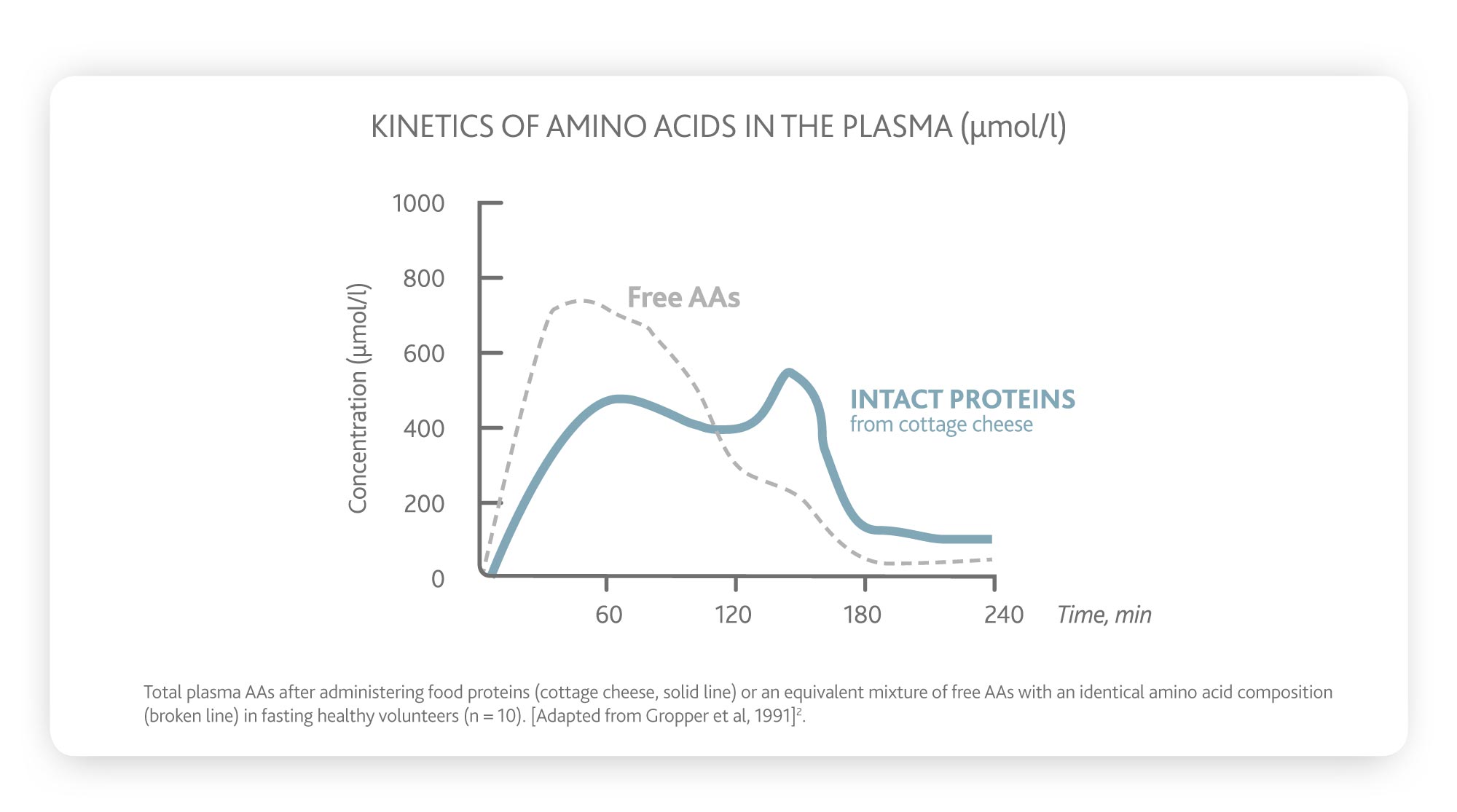 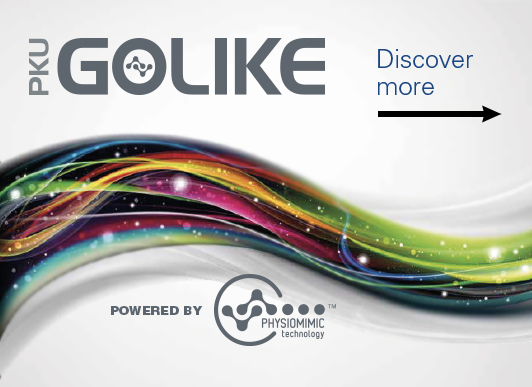